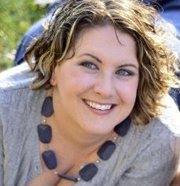 Cluttered Mama
I'm a working mom who is frequently amused by the ridiculous nature of my life. I'm currently trying to simplify life and live more frugally, but happily. I've been married to my AWESOME husband for 7 years. Together we have two AMAZING sons and one CRAZY dog. I have an M.A. in literature which is proving to be less than useful in the day-to-day, but at least I can read the hell out of a book.

Diesel
My right-hand man. Unwaveringly supportive, though he cringes when I say things like "You know, I've been thinking..." because inevitably that means more projects for him. Software guy by day, woodworker by night. Sexy as hell.

Little Man
My first born. Loves animals, cars, bike riding and messy art projects. He is smart as a whip and has a great sense of humor. Plans to own a "branch" (ranch) when he grows up, as well as a dirt bike, a NASCAR and sundry animals. Career goals are to be a fireman and an "animal protector."

Duckie
My second born. The best way to describe him is jolly. Round and jolly. He's just delightful. Enjoys eating, laughing, and putting objects in and out of containers. Shakes his booty whenever possible.

Rockstar
The 4 legged member of the family. He's a Doxle we rescued as a puppy in 2006. He has a lot of bad habits, and sometimes I tell him I'm going to send him to the glue factory (is that even a thing?), but I love him anyways.