Project Simplify Hot Spot #3: Before and After

Hot Spot #3 was tackling kid clutter. I was all done by yesterday, but didn't get a chance to post photos of Little Man's room until now.

If you're here for my brilliant writing, be forewarned, this is a largely photo blog. Mostly before & afters, but a few "in process" photos of our problem areas.

BEFORE:
Little Man's whole room, the panorama of mess!! 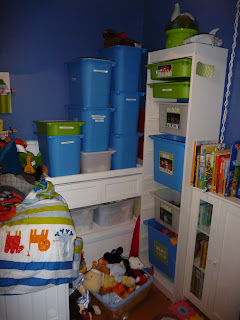 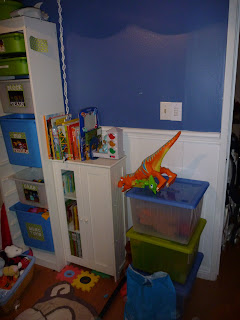 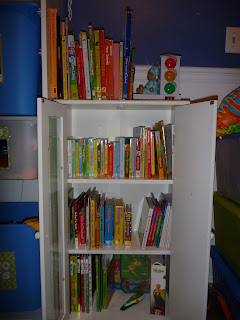 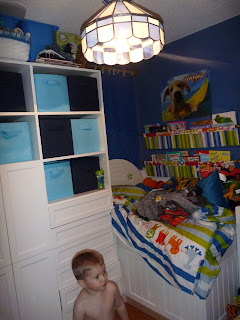 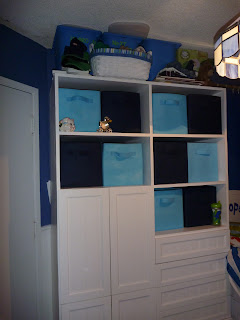 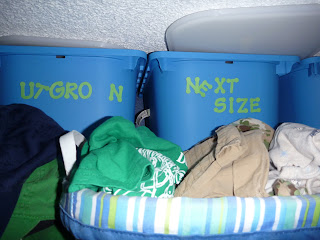 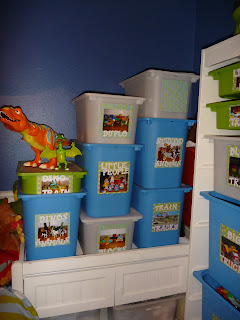 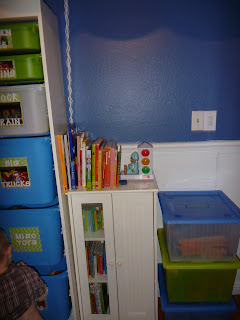 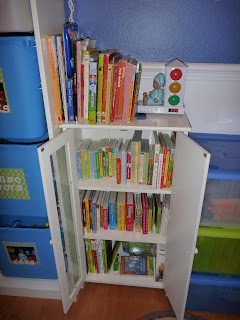 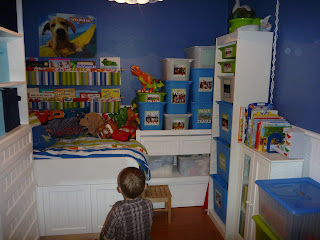 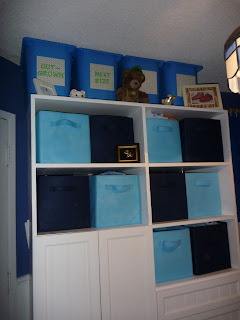 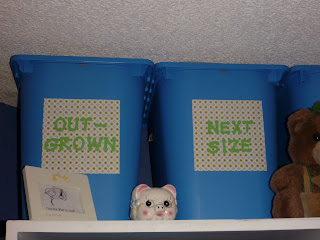 Everything has a nice new label and it is all clean and ready to go!! I'm proud to say we actually have 3 empty bins (if you look at the pictures there are two blue buckets on the wardrobe that have blank labels and one white one on the changing table!).

Honestly, Little Man's room is pretty organized and I have a decent system for dealing with clothes as needed. I keep a bucket for outgrown clothes on top of his wardrobe and as I notice clothes no longer fit, I put them up in the bucket for transfer to a larger storage bin in my in-laws' attic. Little Man's toys are pretty organized and thinned out, because we just don't have the space to keep stuff that he doesn't play with.

That being said, we had three problem areas that I tackled-- the cabinet underneath Little Man's bed,  the "misc toys" bucket and his stuffed animals.

So here are my before & after photos of the problem areas:
PROBLEM SPOT #1: UNDERBED CABINET
Before: Lots of stuff crammed in there willy-nilly. It is difficult to keep from having that crammed full look as this is the only place that we can store any big toys. 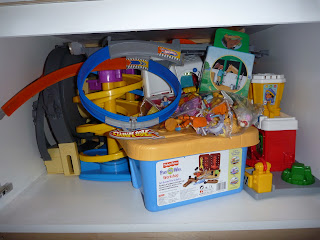 In process-- as you can see, Little Man had fun playing while I was pulling everything out. 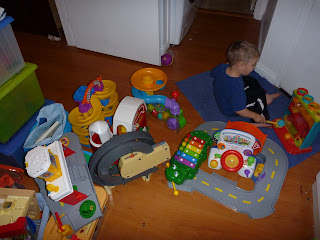 After: So neat and clean! 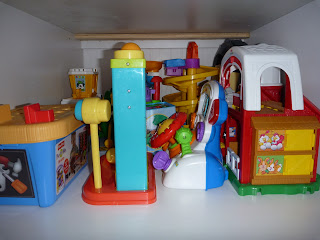 PROBLEM SPOT #2: MISC TOYS BUCKET
This is the bucket for anything that doesn't have its own bucket/I don't know what to do with. Basically it is home to a lot of crap! 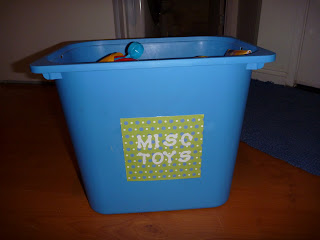 This bucket LOOKS so unassuming. and yet.... 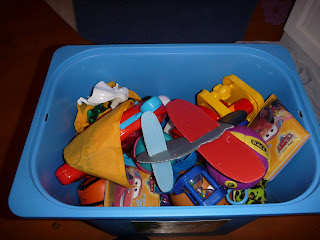 Look at all that JUNK!!!! But the AFTER: 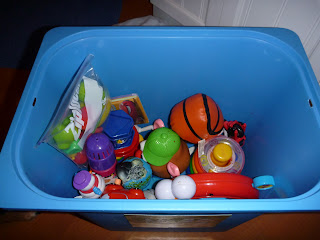 PROBLEM SPOT #3: STUFFED ANIMALS
These are the stuffed animals that Little Man plays/cuddles with on a regular basis 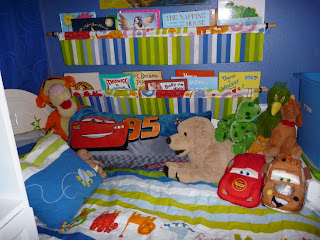 Here are all the stuffed animals that he has received throughout his two short years on this planet: 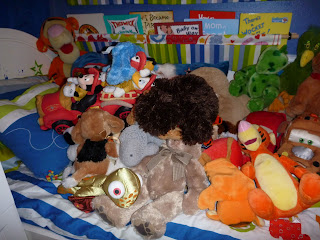 They lived in a big blue bin and a huge basket on his changing table. Many of them had NEVER been played with-- a few still had tags on them!! So I went through the stuffies and kept those that Little Man plays with on occasion or that are significant to him (or me... Tenderheart Bear is totally mine). 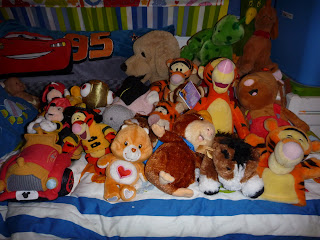 Now all his stuffies fit nicely in one blue bucket and we're adopting a one in, one out policy with this bucket! 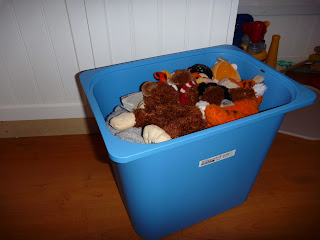 So there you have it folks! Little Man's new and organized room! After it was all cleaned up, I asked him to take a photo of his favorite thing in his room. This is his shot (and I could've easily guessed it) 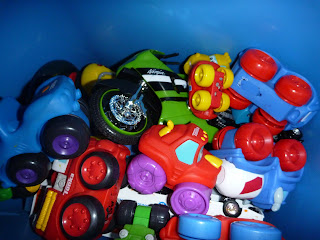 In other news, the reorganizing made room for me to bust out some old friends... 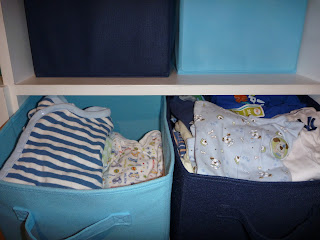 AHHH!!! Baby clothes... in 8 weeks I'll have another person to put into these little clothes!!!